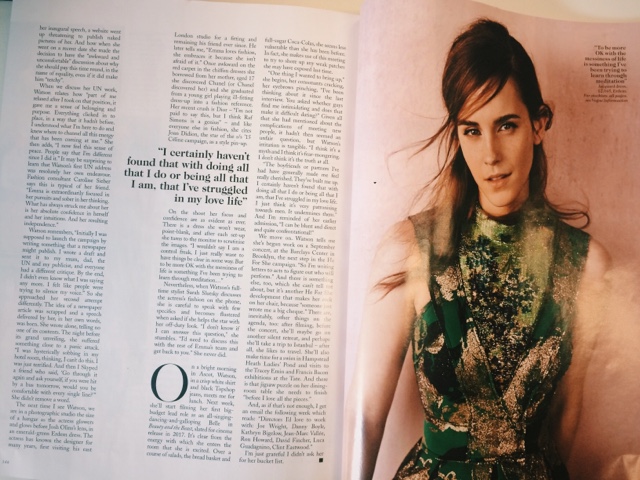 Most of us have been there, where you’re sitting down just thinking to yourself ‘what am I going to do with my life’. I had this moment a few months ago. Every time I spoke to someone who was middle-aged and had known me from when I was really young, had constantly been asking me what I was doing, where I was working and how I was getting on with it all. I never had an answer that reflected anything I wanted to do – “I’m currently temping in a primary school in admin… But I’m still looking…” I had heard myself say it so often that when I was asked at some point in June I just broke down. It had been a year since I graduated and was no where near on track as I thought I would have been, so at this point I wasn’t even sure if I still wanted to pursue anything to do with media.

I was slowly losing my passion for creativity. I was losing my sense of expression. I was losing my voice and everything I had loved for so long. I started thinking that I would never be able to find my place in life; wondering if I had wasted my time. That’s when I really started to try and blog. 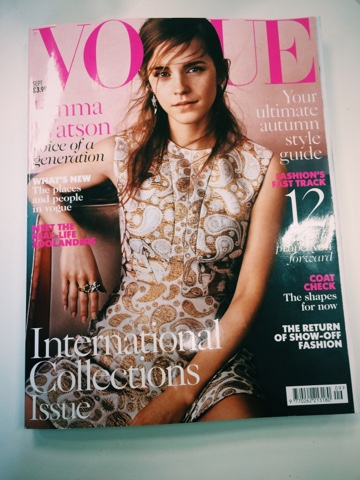 For anyone who hasn’t seen the tweets, pictures or walked past a magazine stand in a few weeks, (where have you been?) Emma Watson is on the cover of Vogue’s September 2015 issue. In a world full of people striving to be extraordinary it can be hard to find a place where you feel like you belong. Many of us can go years just waiting for that moment where the light flicks on and we realise what our calling is; in the interim moments – the moments where we are trying to find ourselves among the rest of the world – we aim to do the best that we either to aid our futures or things we will enjoy.

Naturally some of us will end up at a crossroads and may choose the wrong path, but with determination and passion we can always get to where we want to be. Five years ago when people thought of Emma Watson their first thought would probably have been Hermione Granger, the character from J.K. Rowling’s unforgettable Harry Potter books. In 2015, we think of her as:

“a child actress, a multimillionaire, an Ivy League graduate, a sometime model and fashion plate, an emerging Hollywood player and now newly crowned UN ambassador, whose internet fans number more than 45 million (however, unlike a Kardashian she has never once posted a bikini selfie to attract them).”

At no point did it ever really occur to me that she has been looking back at the decision she made as a child that put her on the path to be the person that she is today. She even explains in the feature that she feels “incredibly uncomfortable” when she gets recognition for her acting because it was something she just did. For her first UN she recalled: “everyone had a different critique. By the end, [of writing a draft of the speech] I didn’t even know what I was saying anymore, I felt like people were trying to silence my voice.” but for her second attempt “She wrote alone, telling no one of it’s contents.”

Although confidence grows in people, I personally find nothing more awkward than being the centre of attention getting praise for something, but I do feel slightly better knowing someone who has been deemed The Voice of a Generation feels the same way.

Hands up if you have ever felt like you were stuck and had nowhere to go; craving a freedom and not being able to find it? Even Emma Watson went through it;”(She turned down a place at Cambridge because nothing this side of the Atlantic could provide the freedom that she was seeking.)”

I don’t blame her feeling trapped is horrible as much as I love living in London sometimes I think that one day I might consider living in America for a few months – just to see. While it’s easy to be influenced by others around you and how what you see other people do, it’s important to remember that you are you and they aren’t you. Identity is a thing that a lot of people fight with in their lives – so find yours and hold on to it.

CAN I START AGAIN? MY MID(ISH)-YEAR REVIEW