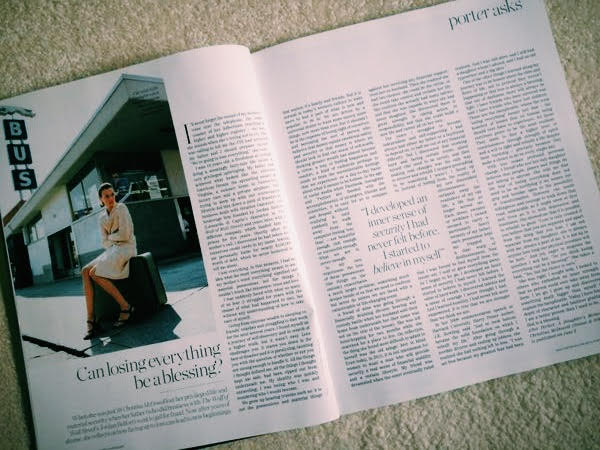 I’ve been buying a lot of magazines lately; there’s this little shop on the corner where I work and it has so many magazines it could be a mini WHSmith. A couple of weeks ago, I bought PORTER – Summer Escape 2015, Issue 9, and as I was flicking through the pages, I came across one of the most inspirational stories I have read in a long time.

It made me think about something that frequently crosses my mind these days – relative deprivation. This is something that I was introduced to properly when I was studying sociology for my A-levels; not everyone is rich but that doesn’t necessarily mean that you’re poor.

The feature is about how, at 18, Christina McDowell lost the financial and material security that came with her privileged life, when her father went to prison for fraud after doing business with The Wolf of Wall Street – Jordan Belfort. She explains how she was “living a seemingly fairy-tale life” and goes on to say:

“In the age of social media when Facebook, Instagram and Twitter are flooded with the accomplishments of strangers, friends and celebrities, it is easy for us to compare and despair without realising it, until suddenly we walk away from our computers feeling ‘less than’ – not beautiful enough, rich enough or successful enough.”

I love social media, but, as more users join and you find more people to follow, it’s hard not to look at a post or tweet and not feel a slight wave of jealousy creep up. The green monster; he ain’t pretty.

On my Instagram, for example, there are some very distinct categories of people that I follow; people who I know, people that make me laugh, celebs I like and people who have a seemingly great lifestyle. The latter is the one that’s the problem. They’re the people whose pictures I look at and see if I can match, or at least give it a damn good try. I was like that for a year and my bank accounts (yes, plural) have felt it. I’ve finally mellowed out and don’t really see the need for all of the things that I desire; priority number one is put money into savings for the (dreaded) future and priority number two is to get all the things I need. 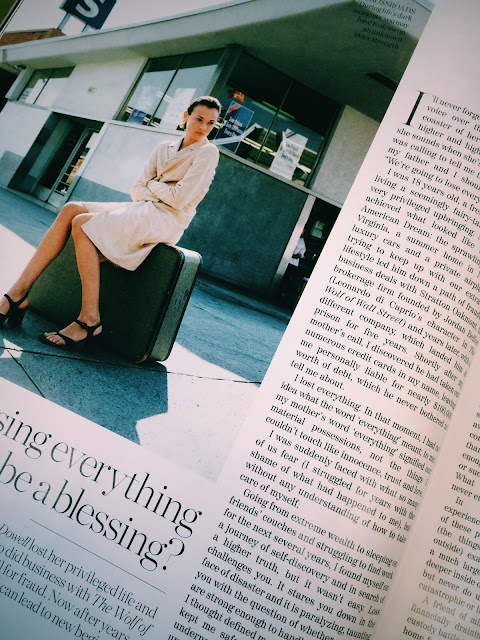 To need something means it’s a necessity. Wanting it makes it a desire.

I know a few people who have put themselves in such a bad way financially yet they still continue to spend, and spend big. I’m not one of those people, for me it was the little things that added up over time. I moan and fix the problem by getting more organised, they moan and keep doing it when they have commitments. I guess our minds work in strange ways. 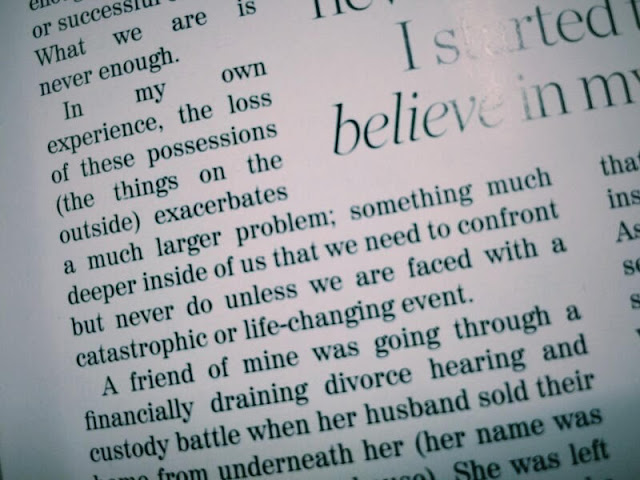 The truth is that it’s not until we are faced with the fact we don’t have those things that we appreciate them; that age-old saying; ‘You don’t know what you have until it’s gone.’ Life moves on, we stay jealous because that is a trait that we all have no matter how small. The trick is to remain focused on you, not to compare yourself and what you have to the next person.

Working in PR: How it all started

I actually have no idea what I’m doing