It’s rare that I post twice in one day… And I mean so rare that I’ve never actually done it until today, but, while everyone’s talking about LFW it’s only right that one of the most iconic figures gets an honourable mention, is it not?

Barbie was, is, and will probably always be, a fashion icon on a global scale. I’ve had loads and I’m pretty sure that I still have about four or five tucked away in a toy box somewhere purely for nostalgia’s sake. This year the Barbie franchise has expanded on a massive scale; introducing the Barbie Fashionistas (talk about squad goals!) The new range includes: four body types, seven skin tones, 22 eye colours and 24 hair styles.

Although she was a doll, Barbie was an icon and she pretty much set the standard as little girls played dreaming about the future. She’s done a lot lately and now she has a whole new array of looks to suit any and everyone in the 21st century.

I may be 22 but I mean it’s Barbie! YESSSS I want one, and amazon.co.uk exclusively has four of the Fashionista dolls up until the 15th March and they’re available to buy nowwww! 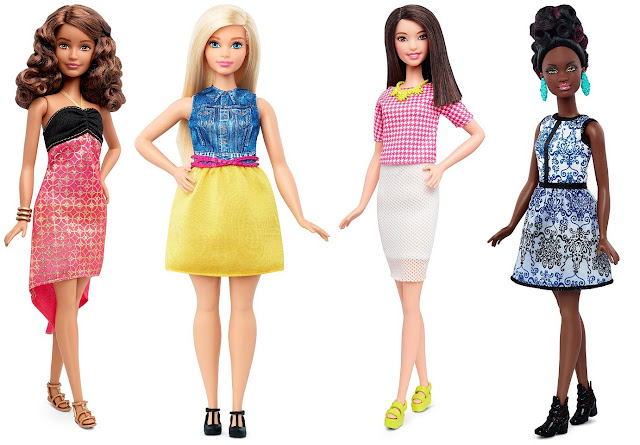 From left to right:

I’ve seen the whole range and to be honest I love them all but out of these four I think I have to pick the one in the blue because she’s probably wearing as much blue as I do!

Have you seen the collection? Which one would you want?