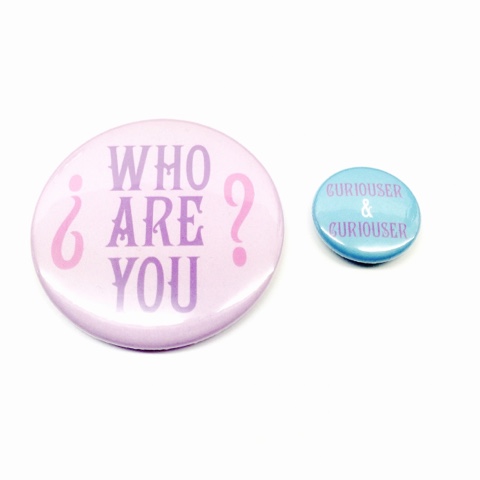 If you know your films – particularly Disney films – you’ll know of the scene in Alice in Wonderland where Alice encounters the Caterpillar who asks: “Who are you?” to which Alice struggles to reply and says “Well I–I hardly know sir”.

Alice in Wonderland has always been one of my favourite films, I mean who can resist the idea of going on an adventure through the strangest of places, eating and drinking things to grow and shrink, animals that can talk or even painting the red. I guess you can describe the whole thing as a bit ‘trippy’ but I read that Lewis Carroll had a rare neurological disorder which caused hallucinations; so it makes sense that he would be able to create something that is as timeless and makes sense that things in the book are never as they seem.

Throughout school, sixth form and uni I was always told that I should be on the path that I needed to be in order to do the job I wanted to do but how can you suddenly wake up and just decide that ‘this is what I want to do for the rest of my working days’?! Where is the freedom and chance to have an adventure of my own? This is probably why as the years go by I’ve found myself falling for the dream of Alice’s Adventures in Wonderland all over again.

I don’t want to be the person who site and thinks that they have to go through the rest of their life living up to the expectations of others. I don’t live to please others. I don’t follow people and the way they live life because we’re not the same.

I’m just a girl who wants that freedom, that creativity, that adventure. Who Are You?