If you haven’t caught the first part of the NYC diaries, check it out! Right, back to it then.

After spending a couple of days adjusting to heat, realising we’re never going to get a lay in because housekeeping comes knocking before 10am not making plans until the morning, we sort of found a routine.

We’d wake up and check the weather, or rather the temperature, to work out just how little clothes to put on and what we should do, shower, grab some money and go eat. We had an amazing concierge service at the hotel and they didn’t actually charge a fee for their services. We’d tell them what we wanted to do and they’d suggest the best route to take depending on if we wanted the quickest, easiest or the most picturesque, even providing us with highlighted maps and all sorts.

With the Statue of Liberty, Ellis Island and Woodbury Common down we decided to take a little break from the hustle and tourist bustle and literally spend a couple of days just relaxing in the hotel and walking around Broadway which is where one of the only Pandora stores in Manhattan is. This was an absolute must after Vanessa told me that the Disney charms were limited edition to the US – and I had to get me an Alice in Wonderland charm because it’s basically my favourite. Realistically I would have loved a Cheshire Cat or a little Alice but they only had Alice’s Tea Party, which is still pretty damn cool so that’s what I got.

After also spending a day in Central Park in the zoo (where we even bought the cute little souvenir photo!) and having a little picnic of junk food – just because we could – we made our way back to the hotel via Times Square. 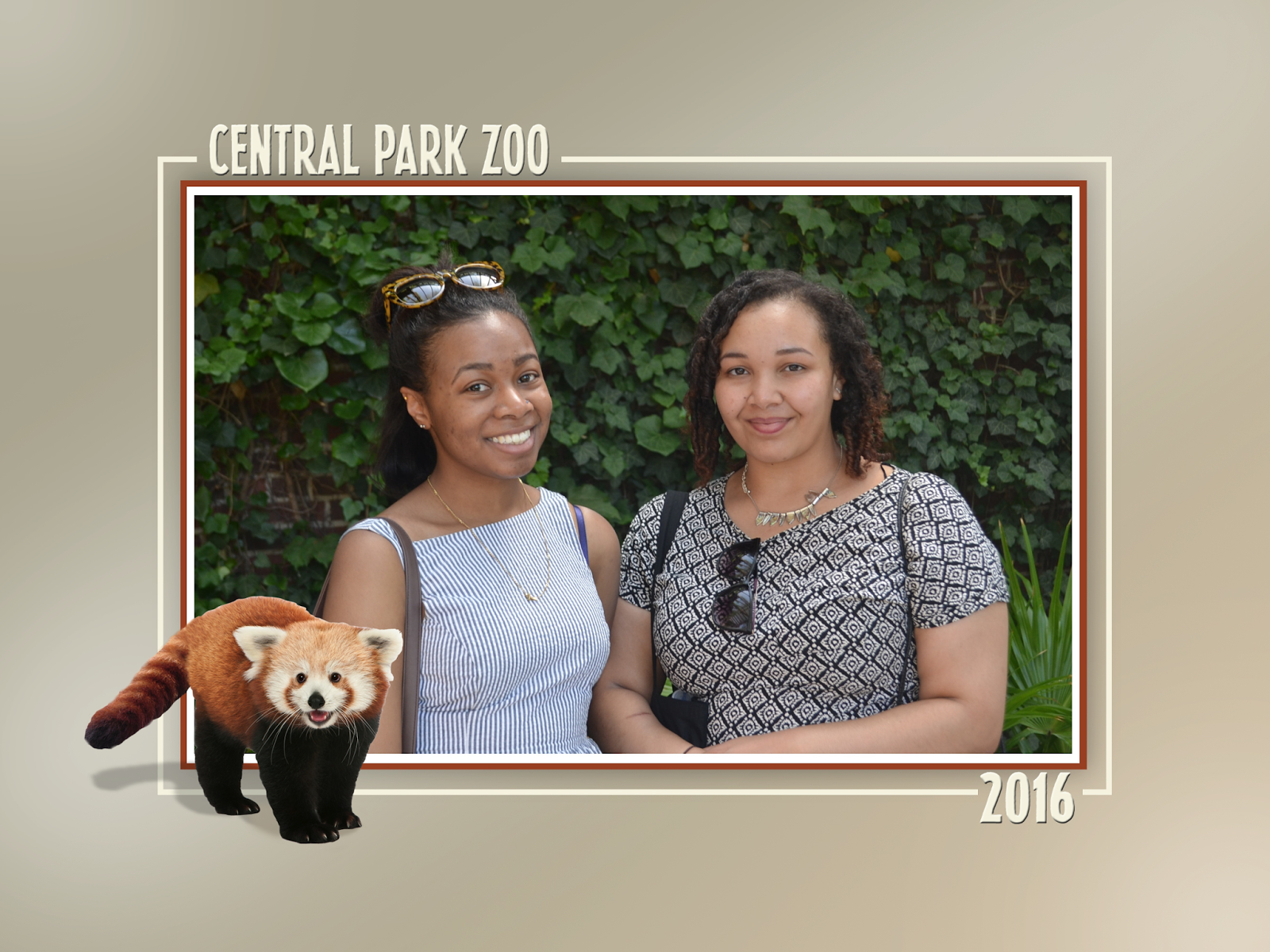 I don’t actually know how long it took to walk back to the hotel from Central Park but I’ve said it before, and I’ll say it again, it wasn’t until I went to New York this time before I realised that I was part snowman; I was genuinely melting. I mean every day was hot but it was genuinely hot like fire that day – probably because we were doing so much walking, but still.

We were there for all of an hour and we saw wedding photos being taken, the sassiest guy I’ve ever seen with a feather boa, an amazing Muhammad Ali chalk picture on the floor and a guy who has come to be known to me as Haircut (because his hair was just wow… pretty much borderline rectangular afro with a slanted top). Now Haircut was literally standing on the side for the whole hour, holding what looked to be some little Nokia 3310 looking phone to his ear. For all the time he was standing there, in his tight white jeans and Jordans, the only time that phone left his ear was when it actually rang and then when he hung up a brief minute later. So wait… the phone was to your ear but you wasn’t even on the phone?! Anyway, Vanessa and I left Haircut standing on those stairs once we took in the view, the amount of people and our snaps to send back home It’s so weird to have walked from Central Park, with all its tranquillity and greenery down one road to end up with all these people. I mean the parks in London are literally always heaving when the sun is out but the biggest green space in Manhattan was so serene it was like you wasn’t even in the city. It was definitely a good way to unwind in such a busy place but because Central Park was so big and there’s so much to see we didn’t get to spend more time there. So I’m using that as an excuse to plan another trip to Manhattan at some point in the future… as if I really needed one…

As usual, I have been waffling so much I need to continue in another post, otherwise there’s a chance to be scrolling for eternity. Check out the view from the Empire State Building in part three!

THE KICK THAT I NEEDED: DEALING WITH REDUNDANCY