I’ve finally managed to get round to writing up part three of the NYC diaries and just look at the view! If you want to check out part one and part two I’ll wait for you here… 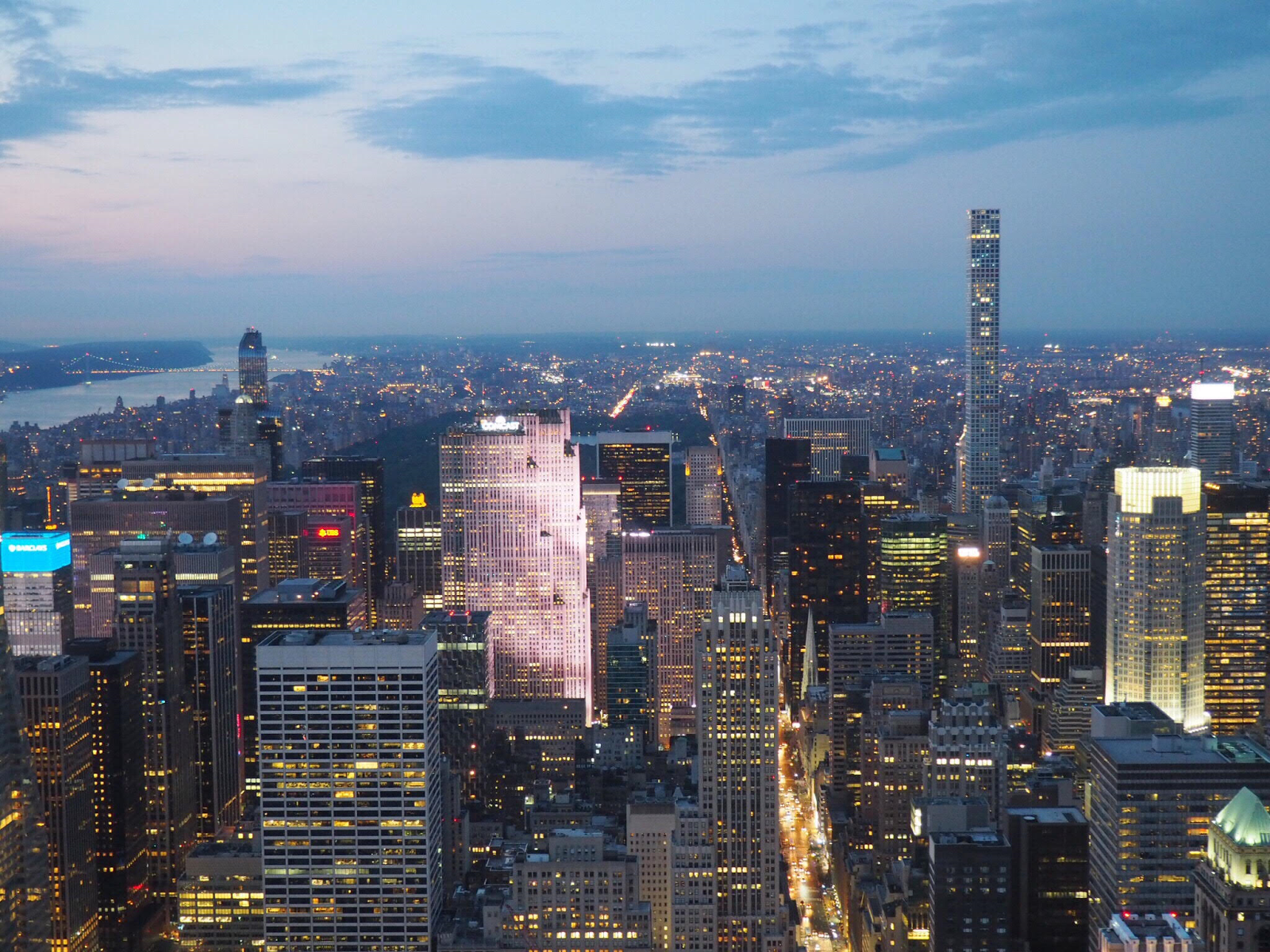 As this was the first time that Vanessa had ever been to New York City, it was an absolute necessity to be ‘proper’ tourists. So, on that note, even worth it without a trip up the Empire State Building? I can’t even remember what day we did this, purely because we were up and down all over the place on most days (I’ll have to check my ticket for the actual date).

The view was amazing, but I should also point out that the wind up there is seriously unforgiving. I mean literally went up with fresh hair and by the time we were ready to leave a bird could have easily nested in our hair – madness! 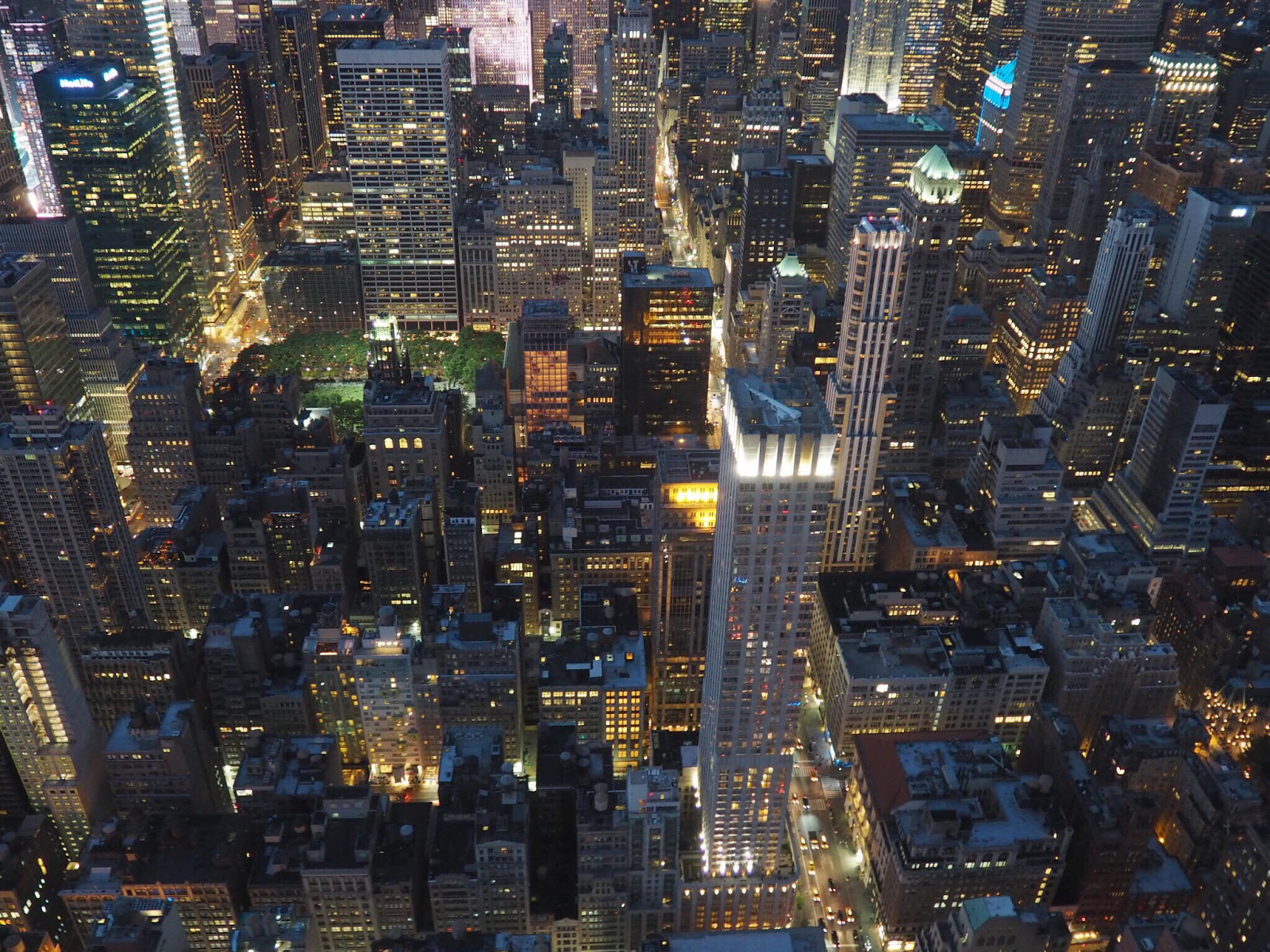 Just like how we waited in Times Square until it was dark, Vanessa and I went up the Empire State Building in the daylight and watched the sun set then got the perfect panorama snap (hand on the left included). We went to the observation platform on the 86th floor and the view was perfect to feel like we were on top of the world but still see the cars. But there is always the option of going to the 102nd floor for an extra $20.

You can see so far from the observation deck, it’s so weird to be able to literally see the sun setting in some areas still with the other side of Manhattan was already in darkness, just by looking from left to right.

We also took a stroll across the Brooklyn Bridge, which was just so damn hot! I completely underestimated how long the bridge was. I was there thinking “I walk across the bridges on London allll the timeeeee… No biggie!” Big mistake. By the time we were about a third of the way across I was ready to be on the other side but there was still so much bridge to go. Silly me, I forgot we were actually walking to an island didn’t I?! 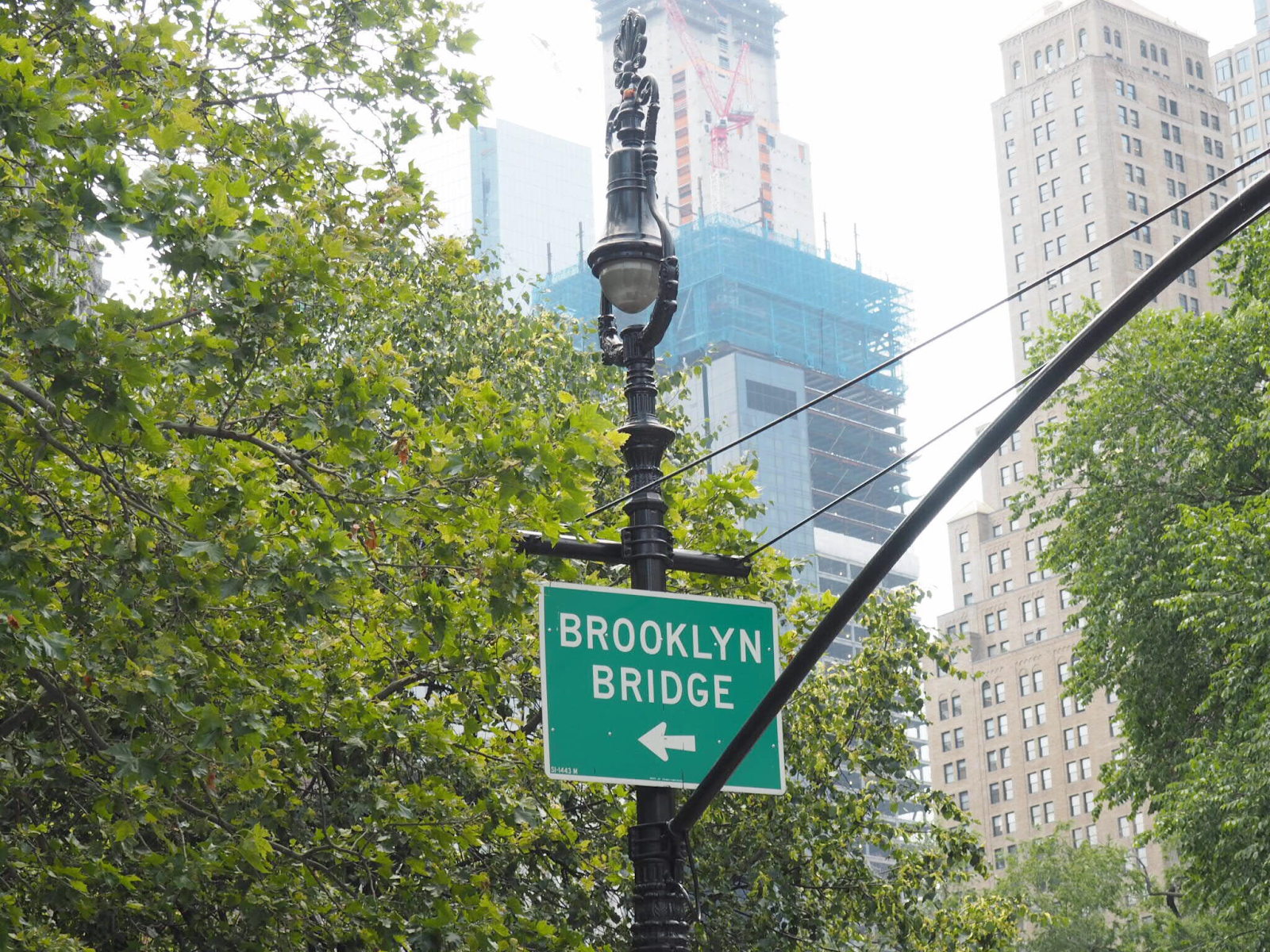 The whole was across the bridge there were people selling “ice cold water [for] $1” to be fair though there was people selling water for $1 everywhere, including when you got stuck in traffic because it was just so damn hot, the only problem with the bridge was you could literally dehydrate before you reached the other side because once again it was 30 degrees with no chance of shade. 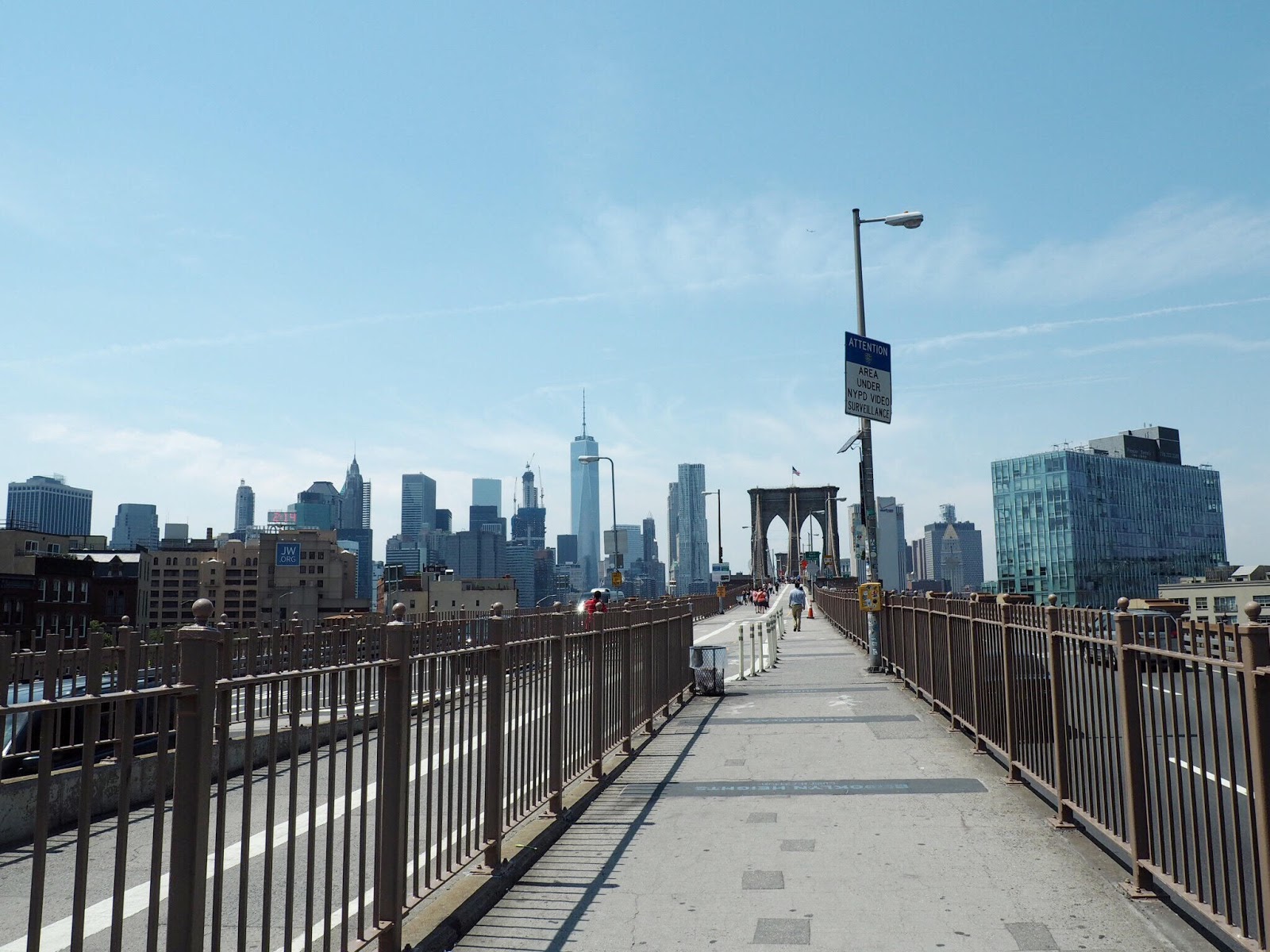 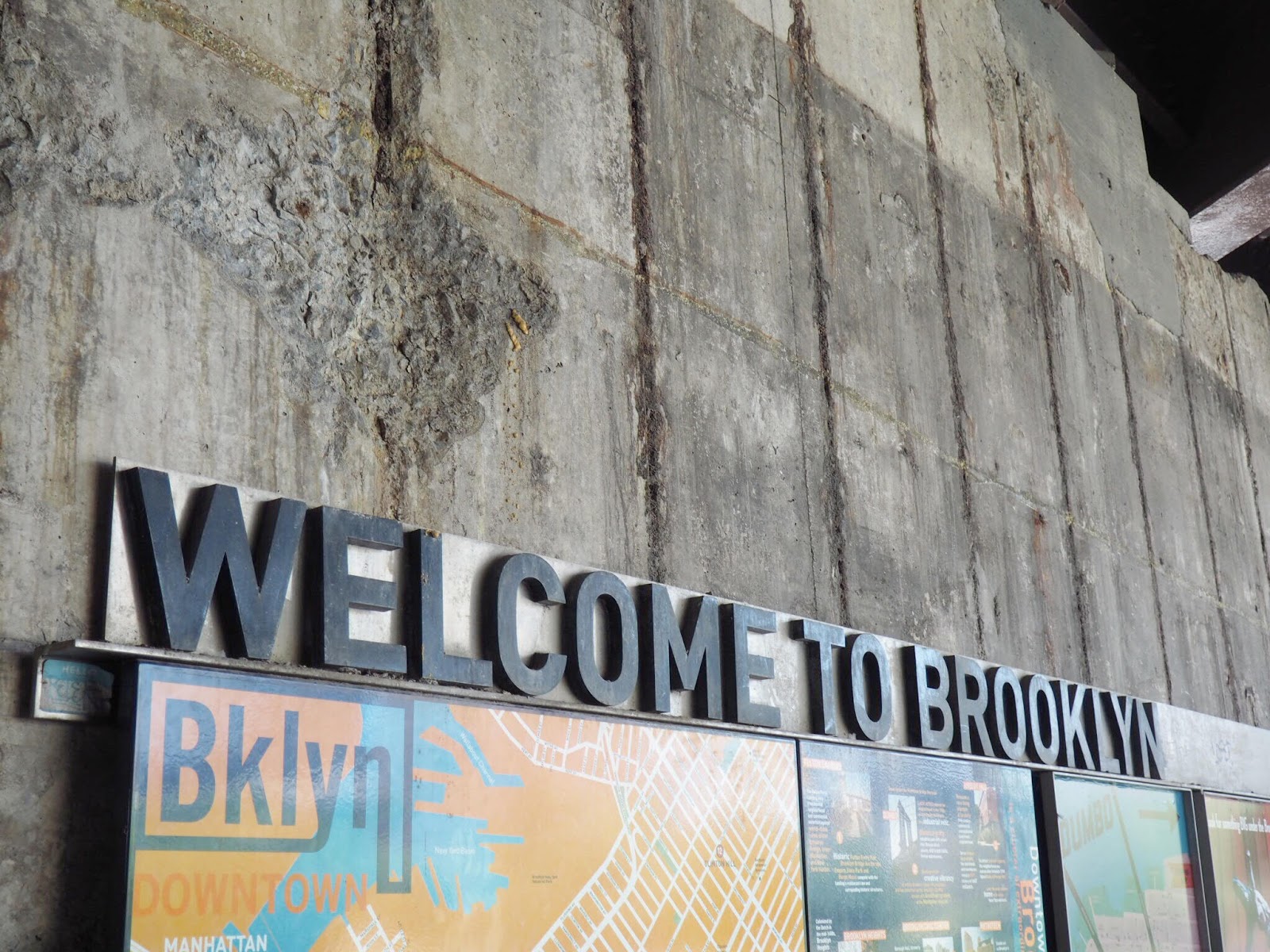 As hot as it was, and the fact that Vanessa really doesn’t like bridges, we made it – I’ve still got the tan lines to prove it, I’m starting to doubt they’ll ever fade – and literally dived into the nearest Starbucks we could find for the air con and the Frappuccinos. Another thing to tick off the bucket list.

There’s just so much to say about my trip to New York that, even though all good things come in threes, three posts just isn’t enough! Part four coming soon!

CAN I START AGAIN? MY MID(ISH)-YEAR REVIEW