A DAY AT THE BEACH CONEY ISLAND BROOKLYN 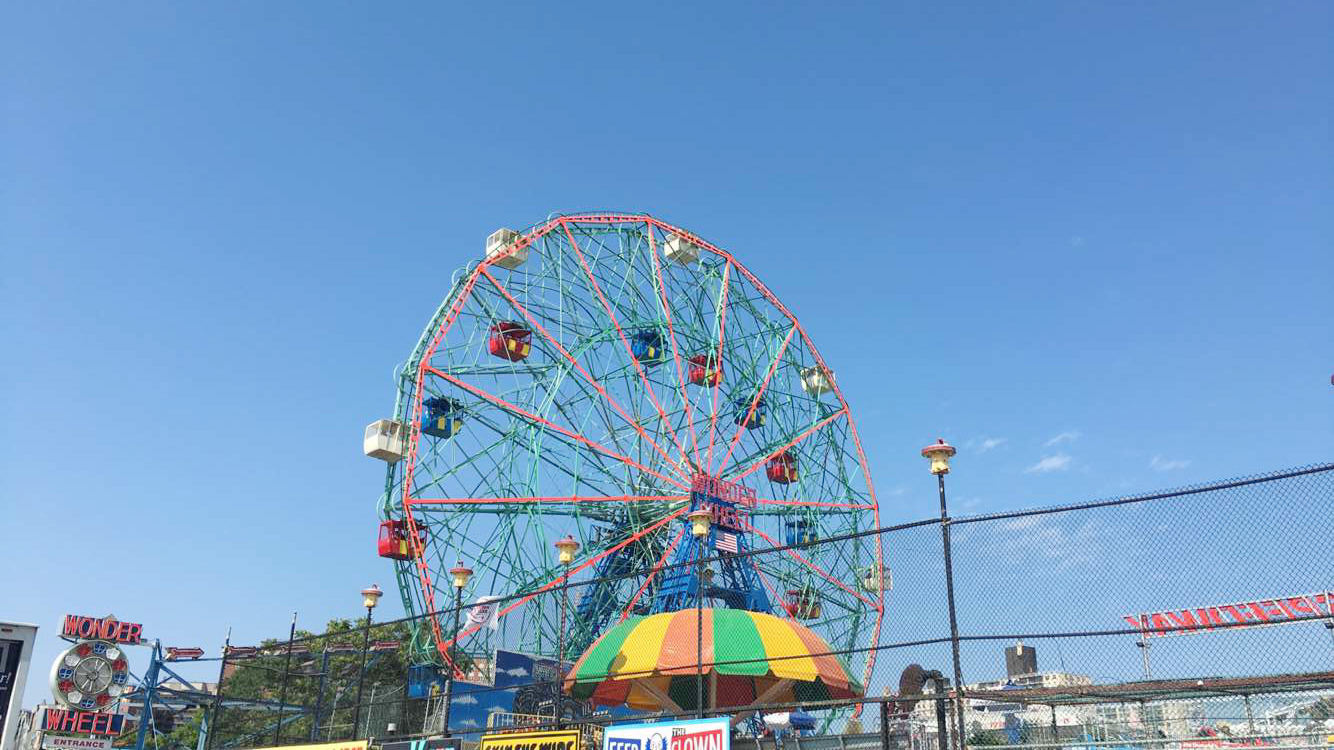 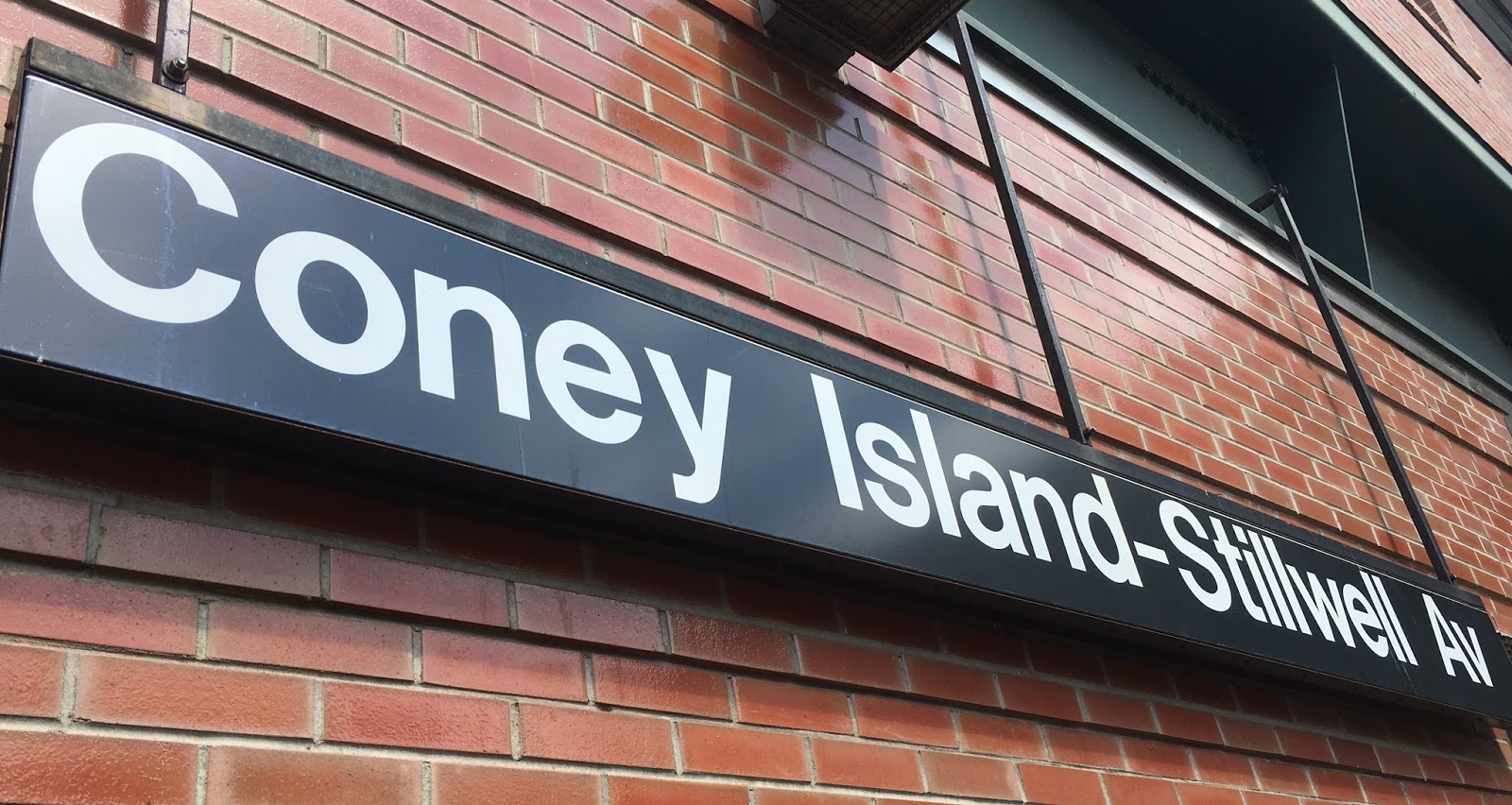 Oh how I’m dreaming of the sunshine; more specifically the sunny beach vibes at the waterfront, from the last time I was in Brooklyn.

I have loads of family in Brooklyn, so when Vanessa and I went to visit them for an afternoon back in June, they told us we had to go to Coney Island because it was the perfect season for it. We didn’t argue because it’s not every day that we’re in the USA after all. Two days later we jumped on the F train and took the hour-long trip downtown to the last stop – Coney Island.

The park and rides
We headed from the station to the amusement park, entertaining a couple of people who noticed our London accents and scouting out where everything was. As it was our last full day we were running low on money so we loaded up our Luna cards, which are needed to go on the rides, with enough credits the exact rides we wanted to go on and made our way through the crowds and park to each one. 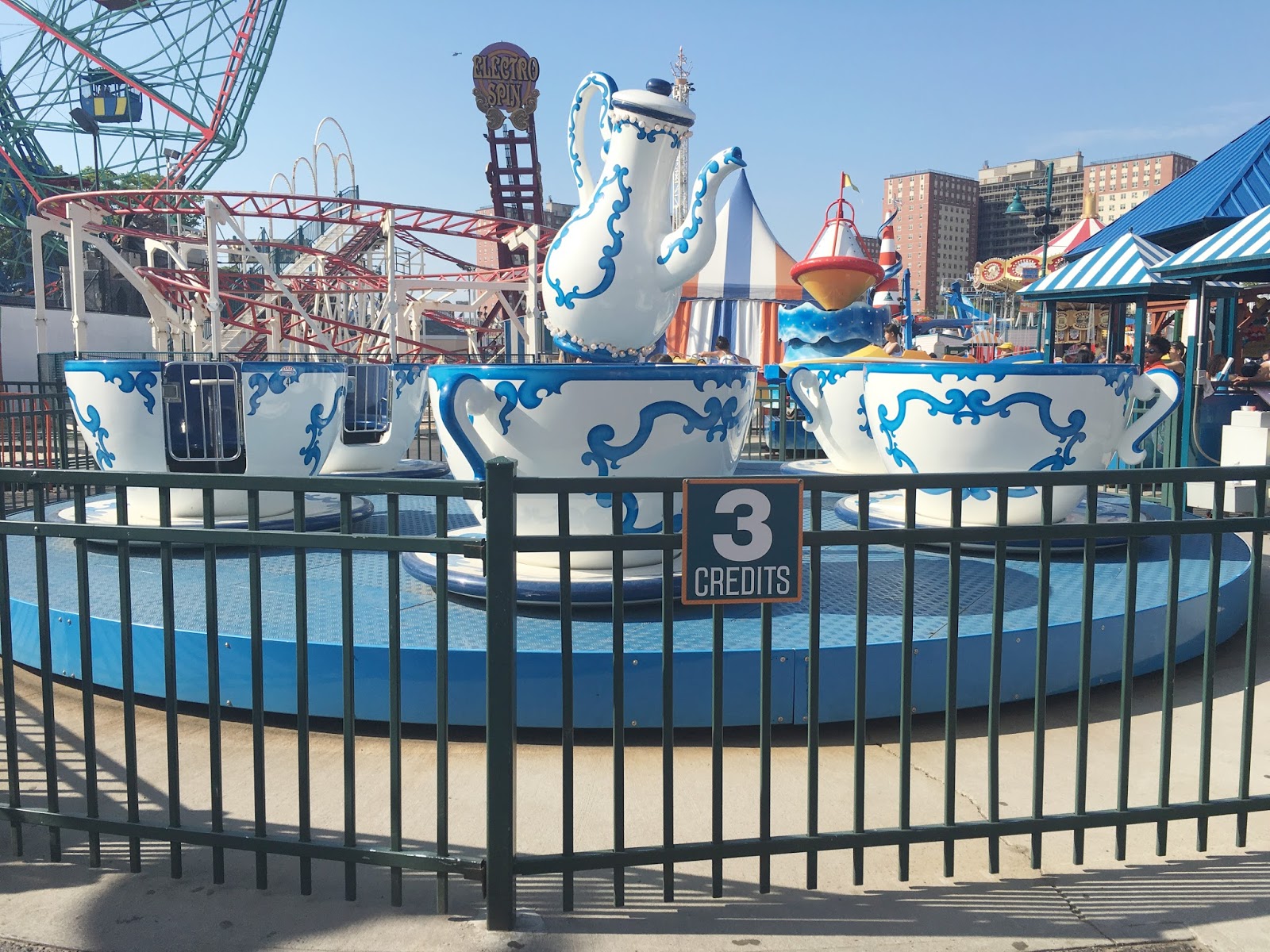 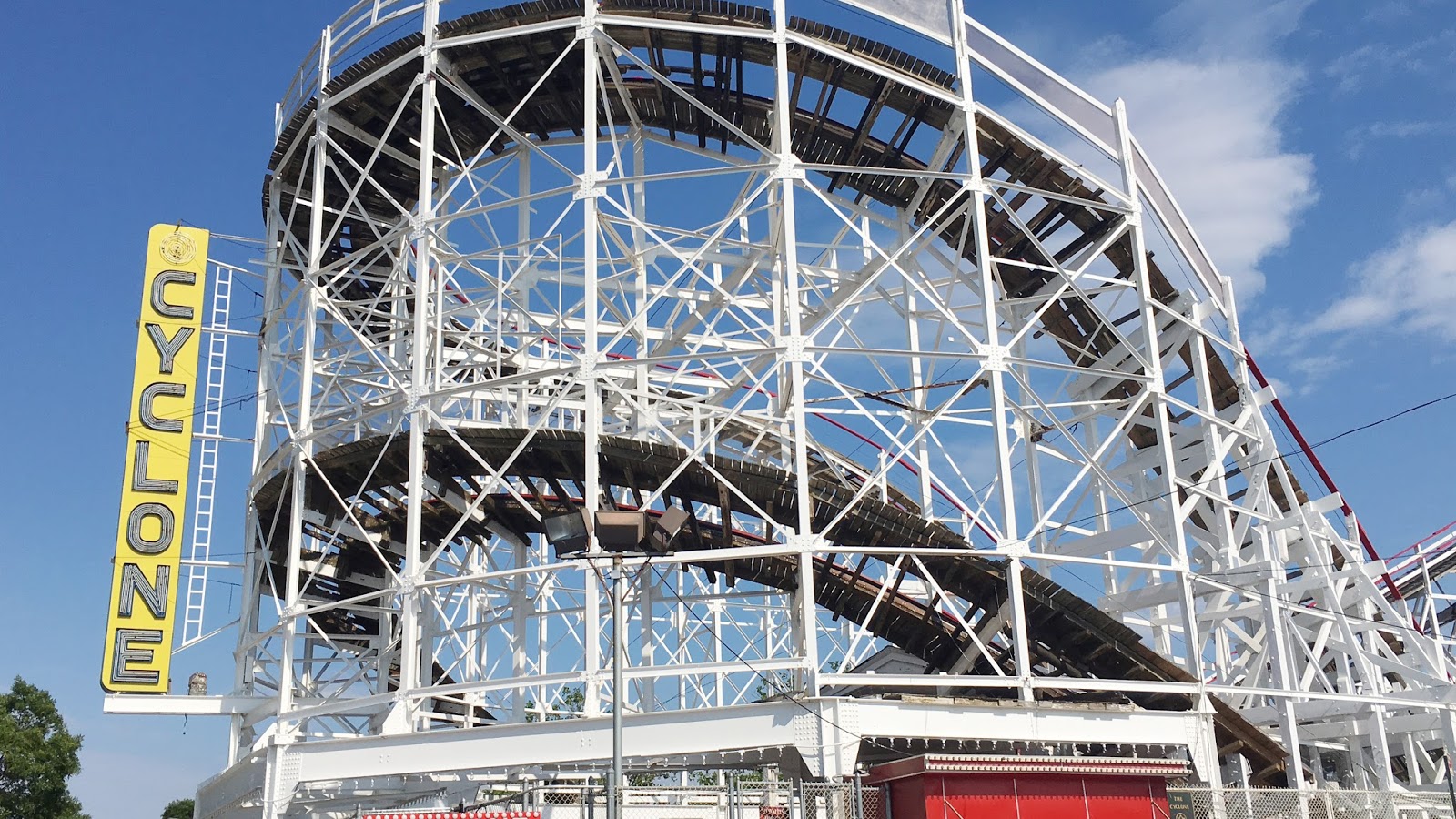 The pier and beach
I remember the bright lights and fun vibes of Coney Island from the first time I briefly visited one evening when I was younger. That fleeting moment had stuck with me for so long, but I had never been even seen the beach.

When I first started thinking about the pier and beach, the initial thought that came into my head was Brighton, but of course it was nothing like this. The beach was sandy, with most people in the water, while the pier was quiet, full of people watching the day go by in the sunshine and fishing at the very end. It was literally nothing like how I remembered. It felt completely separate from the rest of the area and it was nice to sit up there taking the whole thing in as the day ticked by. 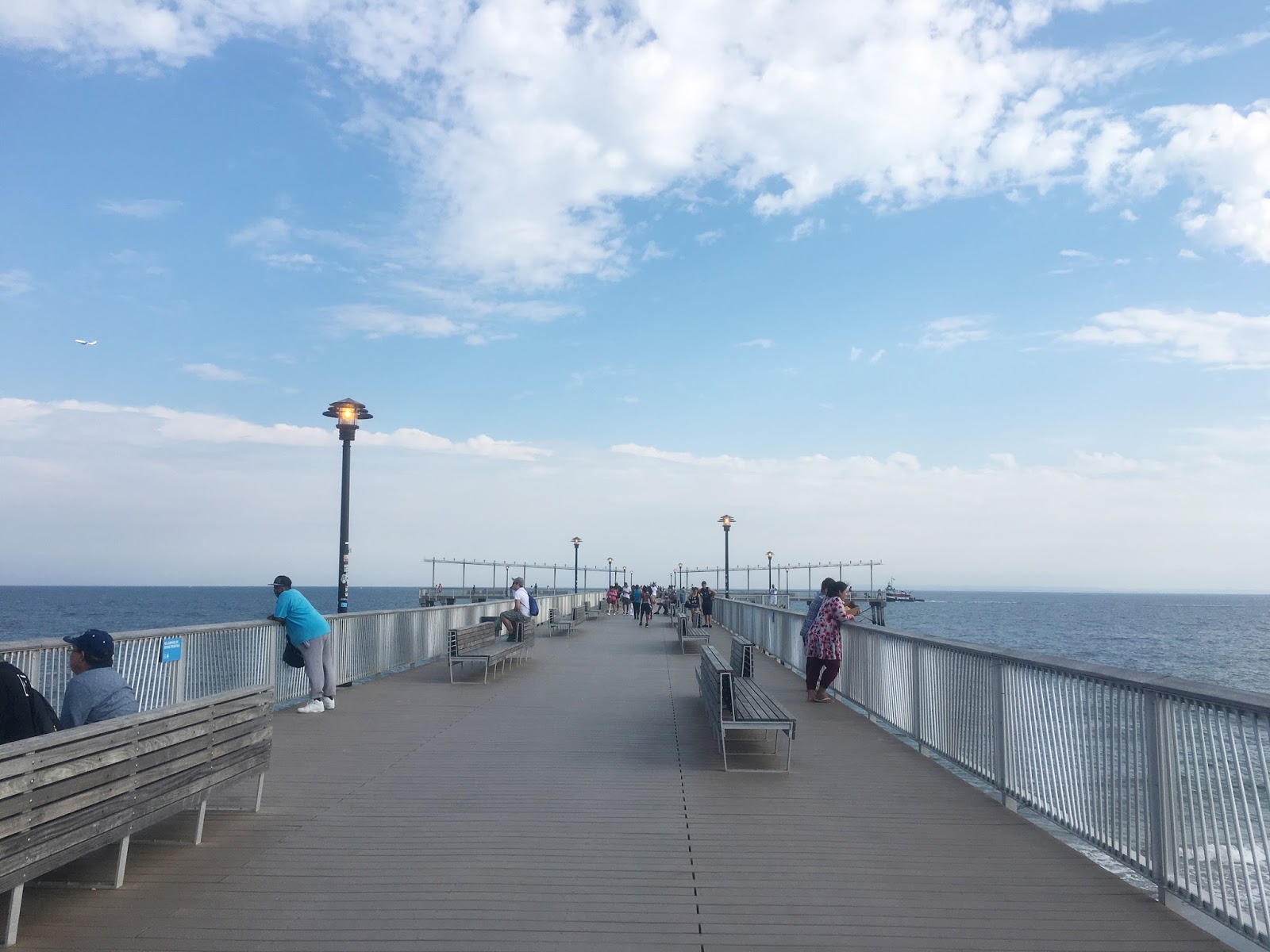 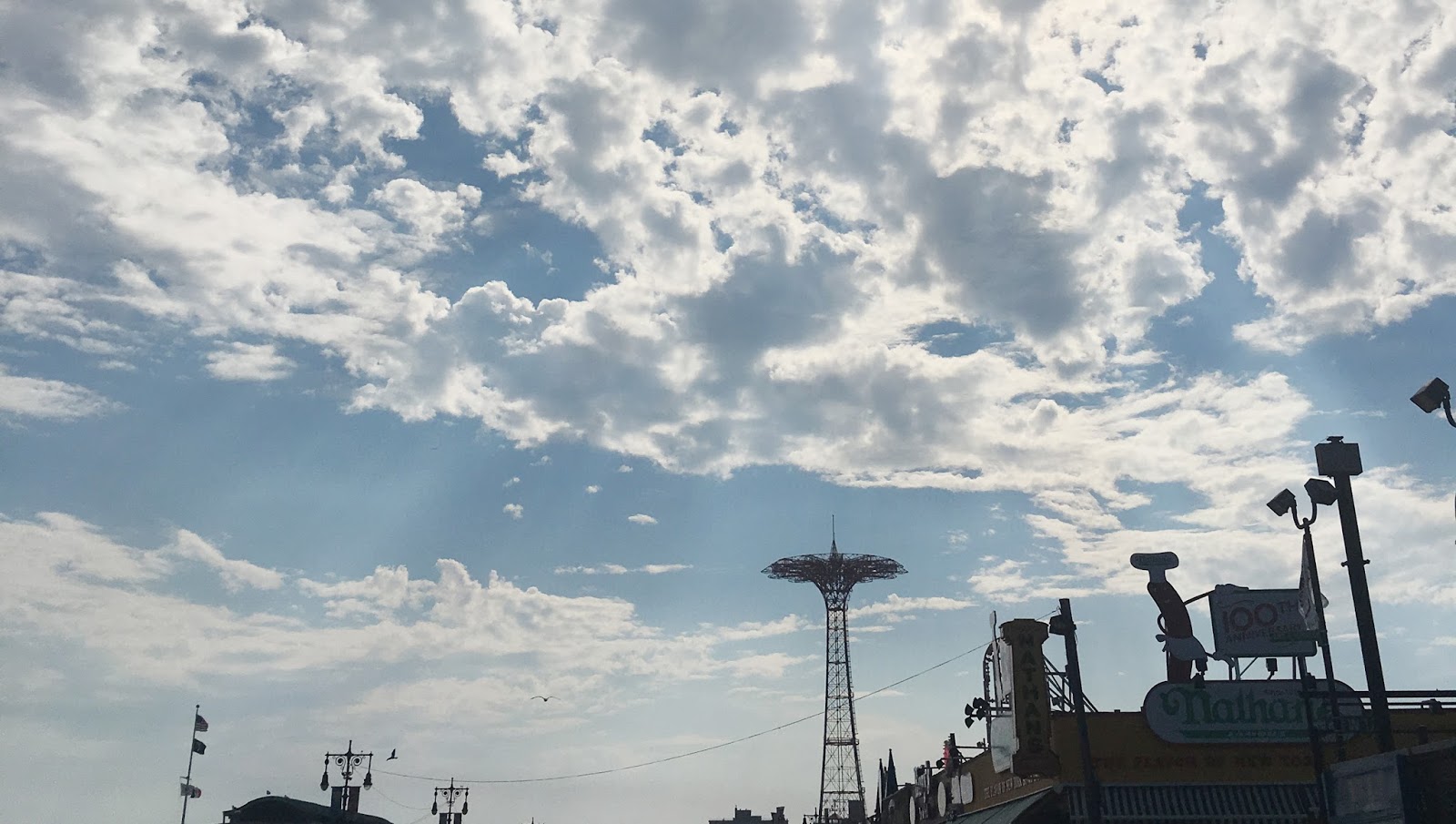 It was a great end to an amazing holiday. Just writing about the beach has given me a wanderlust travel bug and I’ve been searching like crazy for holidays to go on throughout the year, so you can expect to see more mini adventures this year. In the meantime you can check out some more of my travels around the Big Apple here.

BLOGGING | Why did I start blogging?

THE KICK THAT I NEEDED – DEALING WITH REDUNDANCY

It stops being fun when it’s forced